This year I have joined a group of friends from Woodstock, NY lead by David Becker, in a trip to India. We were invited by Khusi Hona, an organization that is devoted to helping orphans in southeast Asia. Members of Khusi Hona, excellent guides and now our friends Matthew and Geet has taken us to a town in a North of India called Dehradun first. Four days in a raw we were going to a local school organized to educate children who can not pay for their education, those children were living in a slum, right next to the river that would often expand causing flooding of the flimsy poor village laying on the ridge of it. 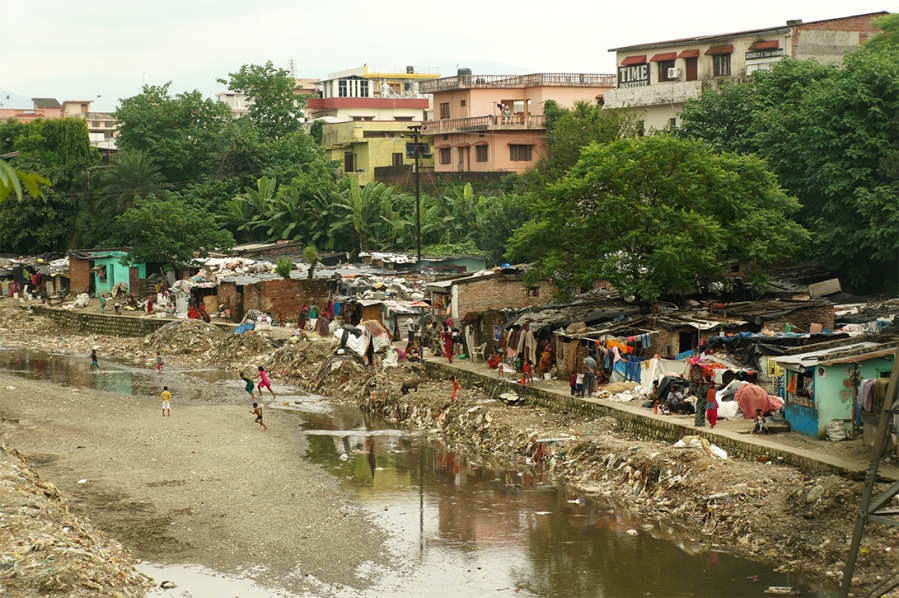 I was told that parents do not encourage children to go to school, because instead children could work, help around the house, sell goods or simply beg for money and food. A few times we were invited to go in the morning before school to the slum and remind children that they have to go to school. It was funny to see that as soon as they were reminded to do so, they would turn around and start heading to the school bus stop. (The bus used to be a military car, but during our stay the school was gifted a brand new yellow bus, which they are very proud of and even decorated it with marigold flower garlands for luck). 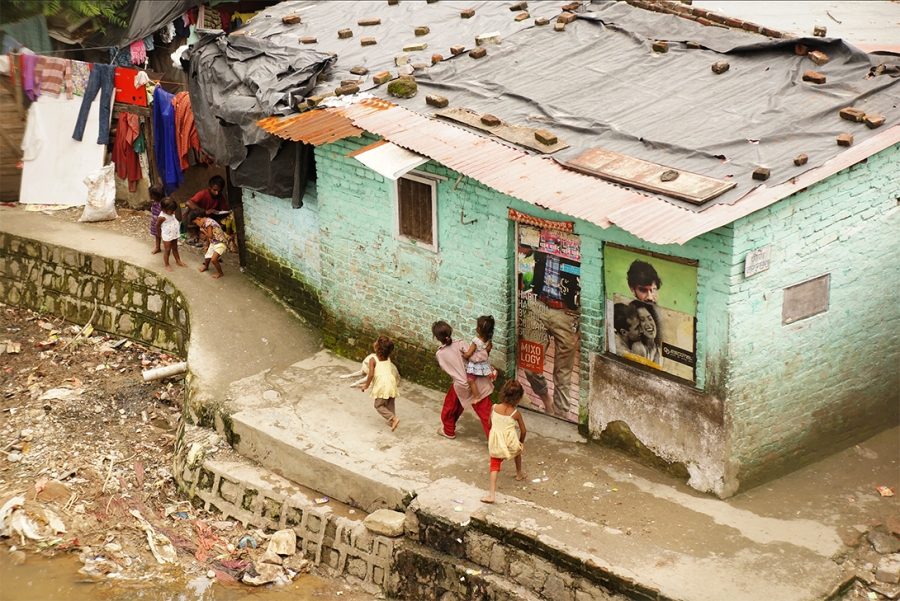 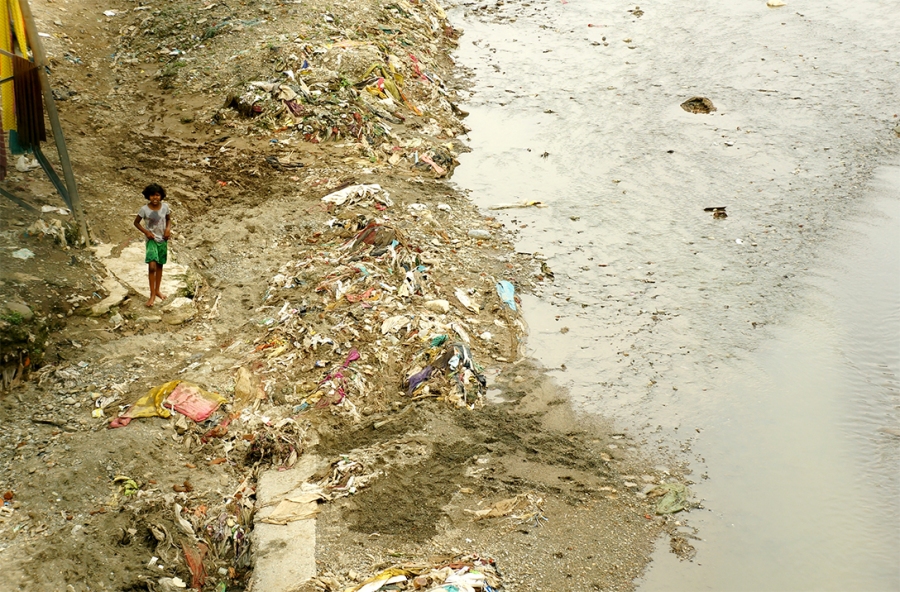 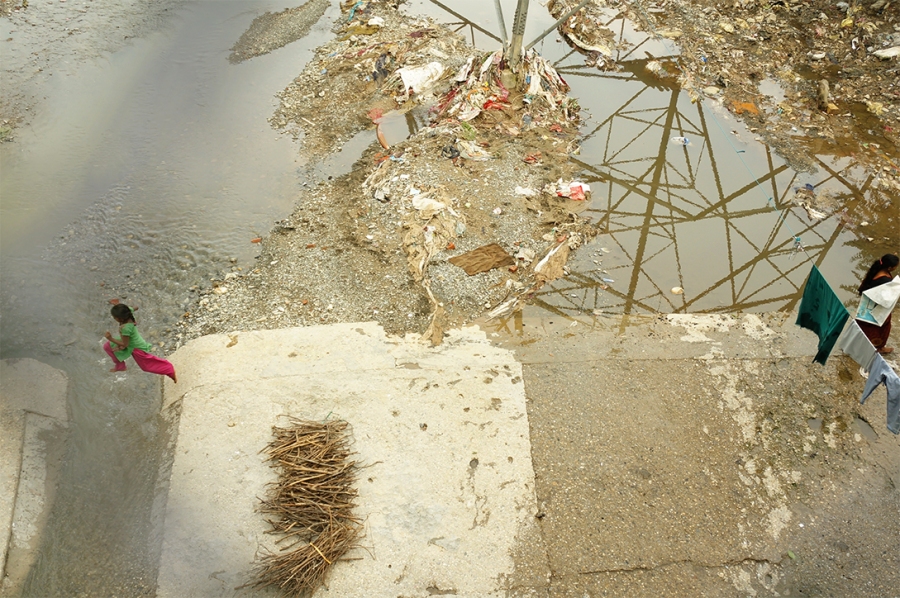 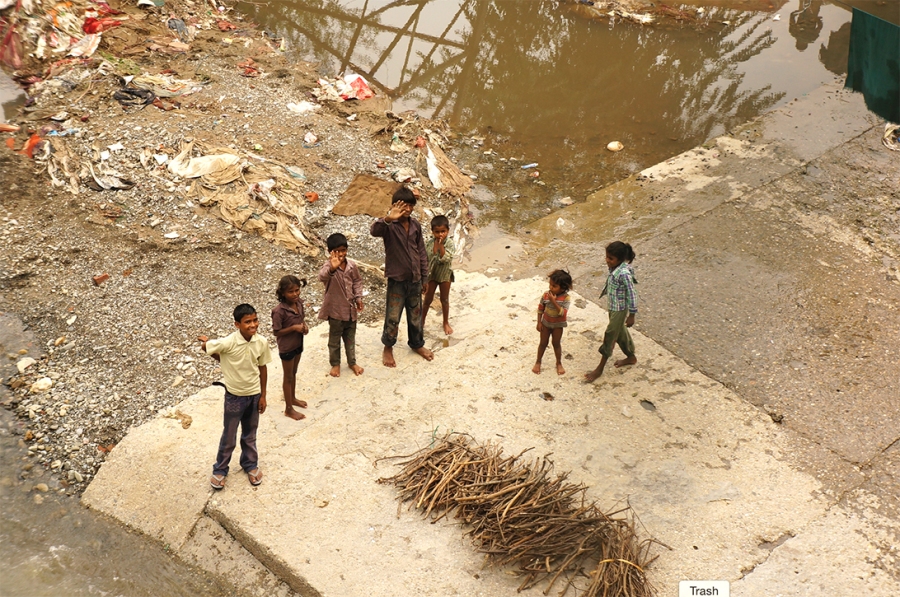 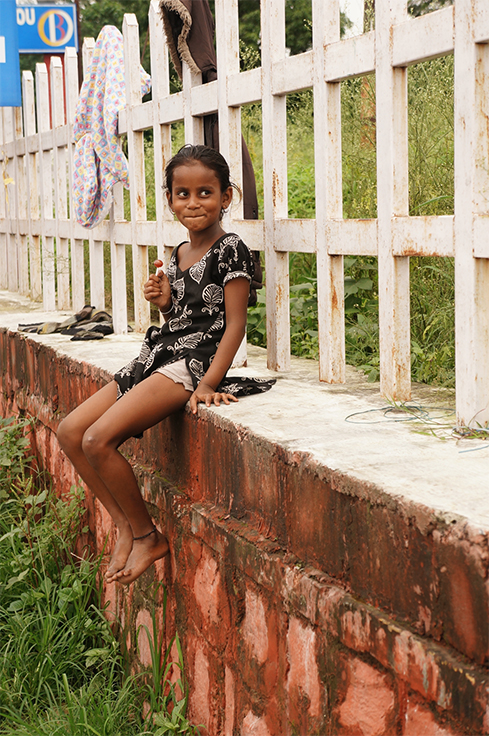 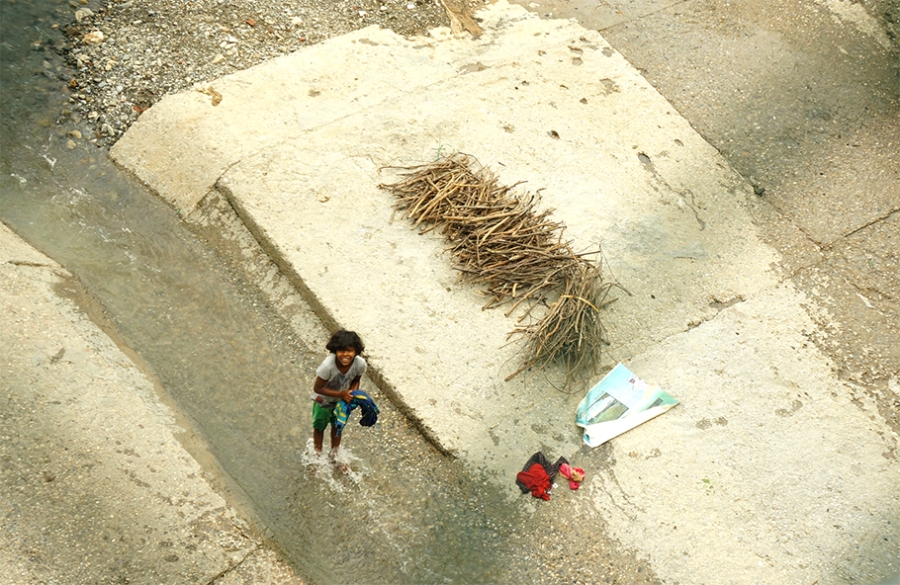 Doing laundry in the river. 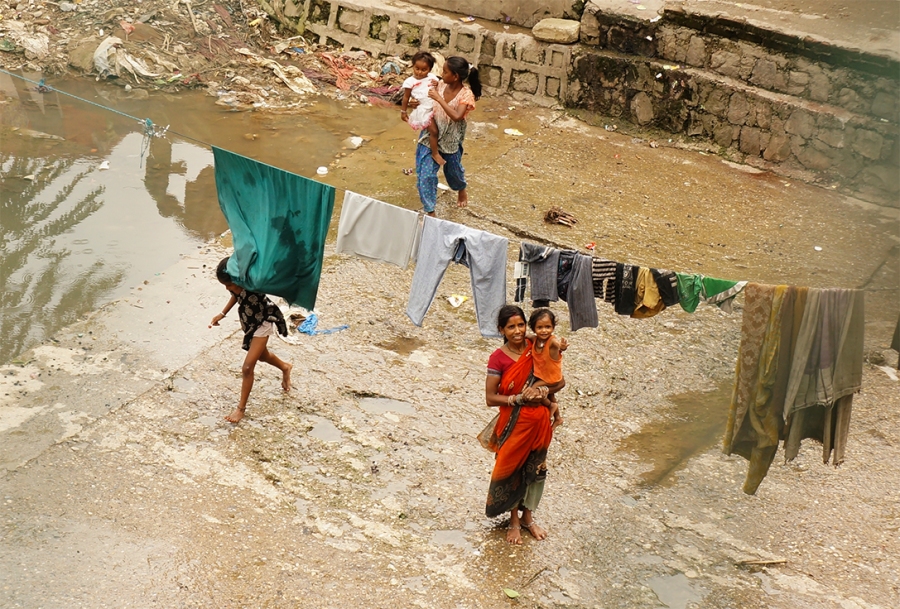 When kids saw us on the bridge, many of them came up to looks at us close by. We were always an internment for the  locals. I gave some candy to the children, which was probably a mistake, cause they would not leave us alone, begging for more. Children from poor families could be very demanding and strong, they study this skill since very young, which is a very important thing to know for their own survival. They don’t like to share, but if there is an older child in the group, then she/he would make sure that every younger kid gets what is offered too, they would keep asking for more and more, even though you say everyone gets only ONE thing. 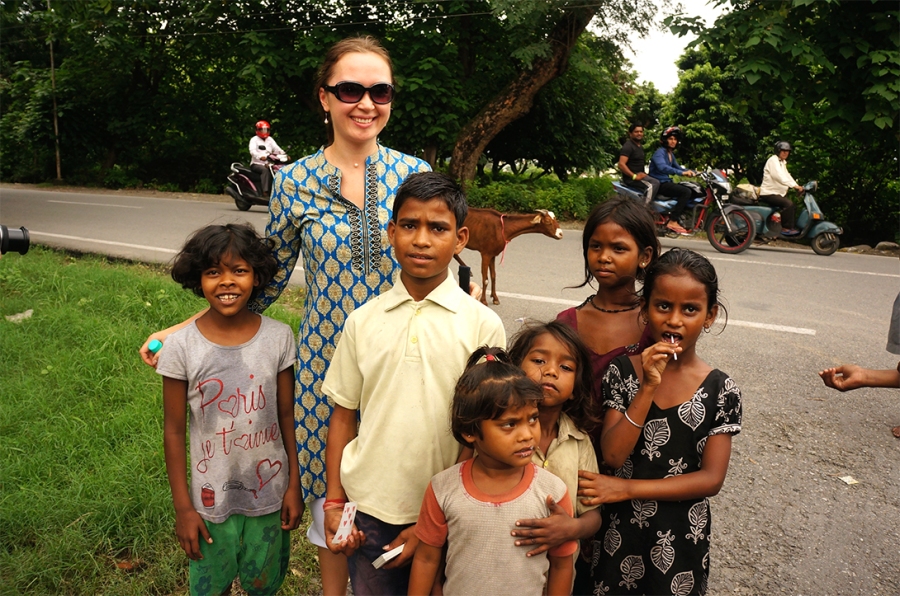 The school has two shifts, younger children in the morning and older – later in the day.
3-story yellow building in the center of the image is the school. There is no air conditioning in the building, only fans that help a bit with the heat by moving the air around. Regardless to the very modest conditions, this school has a computer room as well! Every day I saw piles of bananas and milk offered as a snack. 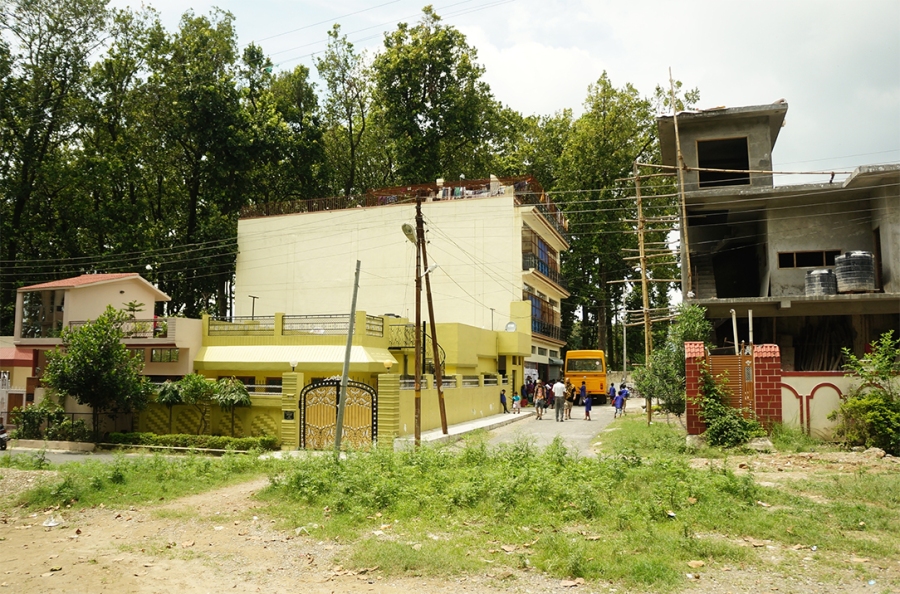 Even though it looked like that children don’t want to go to school, and they would rather spend their day on the street, we could see that they like it at school too. We had lots of fun playing with them.
I held an art class a few times, doing different creative things and speaking only English (plus and minus from my side, I am ashamed to say I do not speak hindi, but children needed to practice their English as well). 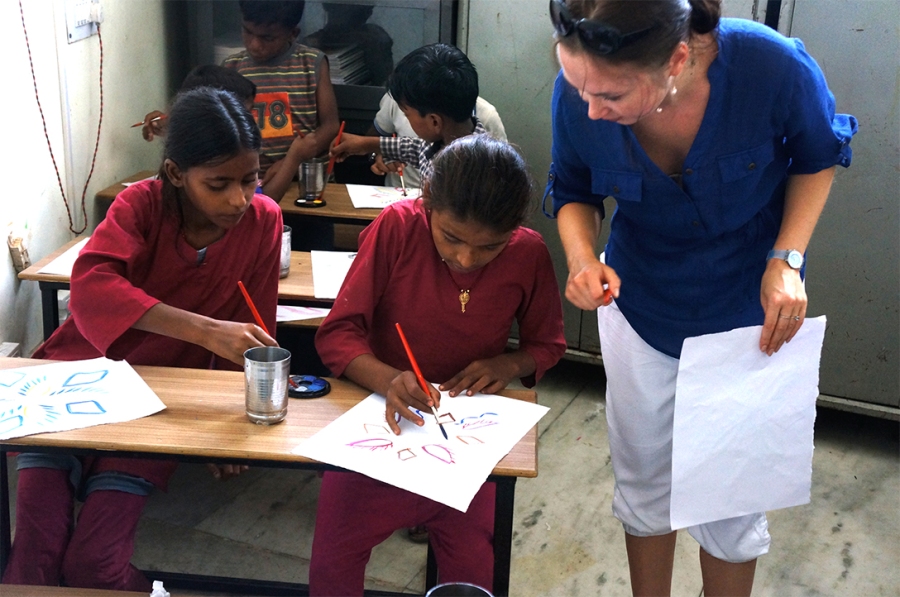 An important lesson to teach is how to share, since these kids don’t like sharing. Working on one project collaboratively was tough. But with a help of a teacher who would translate to kids what is needed it was possible! We made one long colorful chain, which we has proudly hung with hand-painted flags. 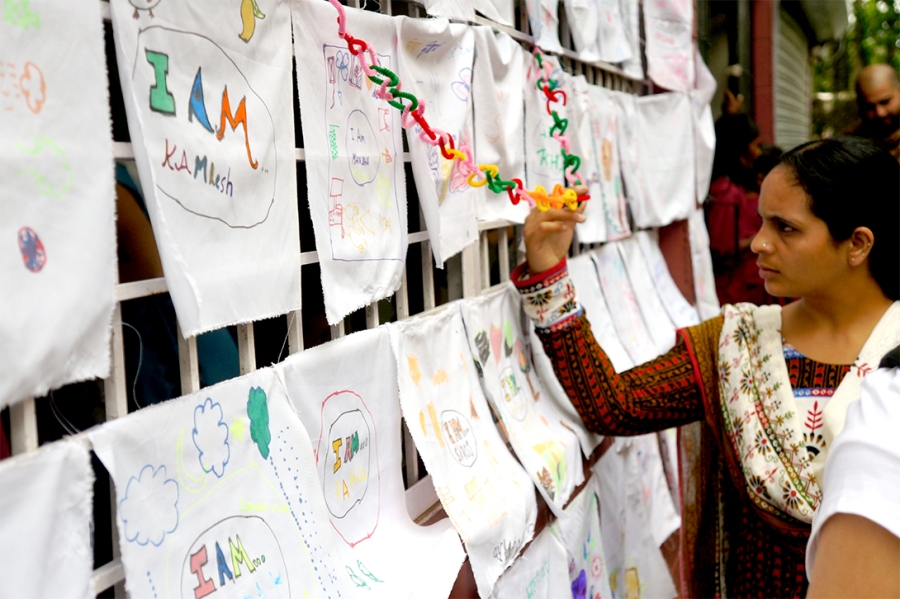 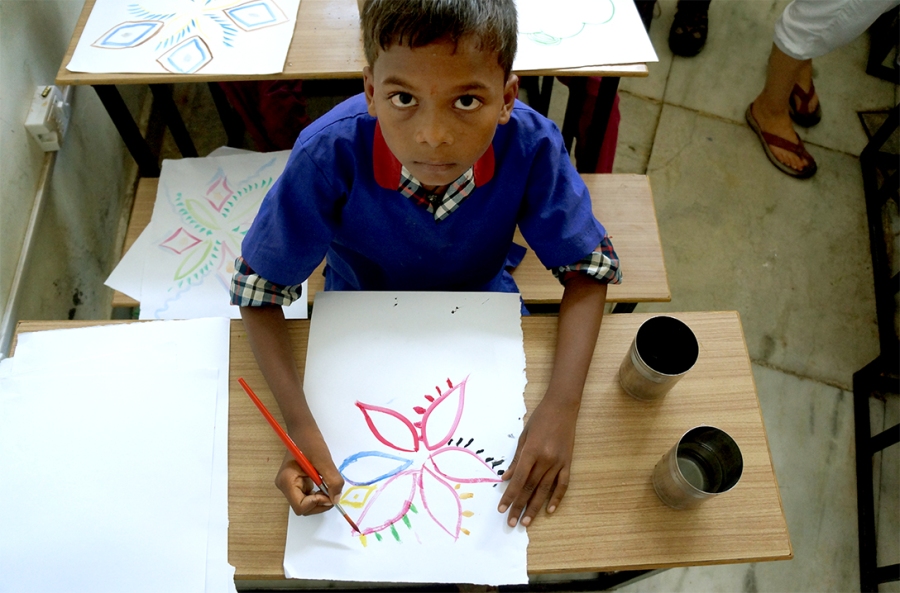 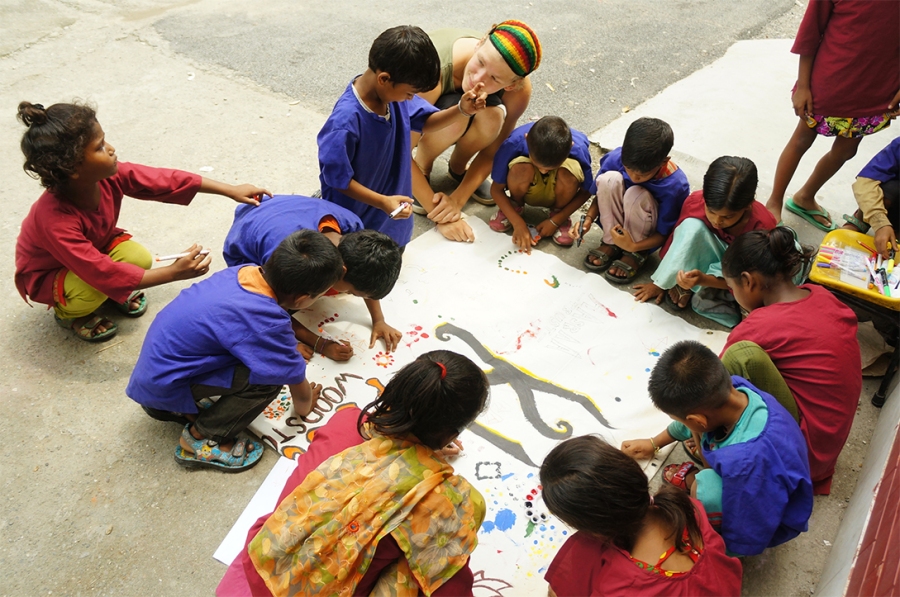 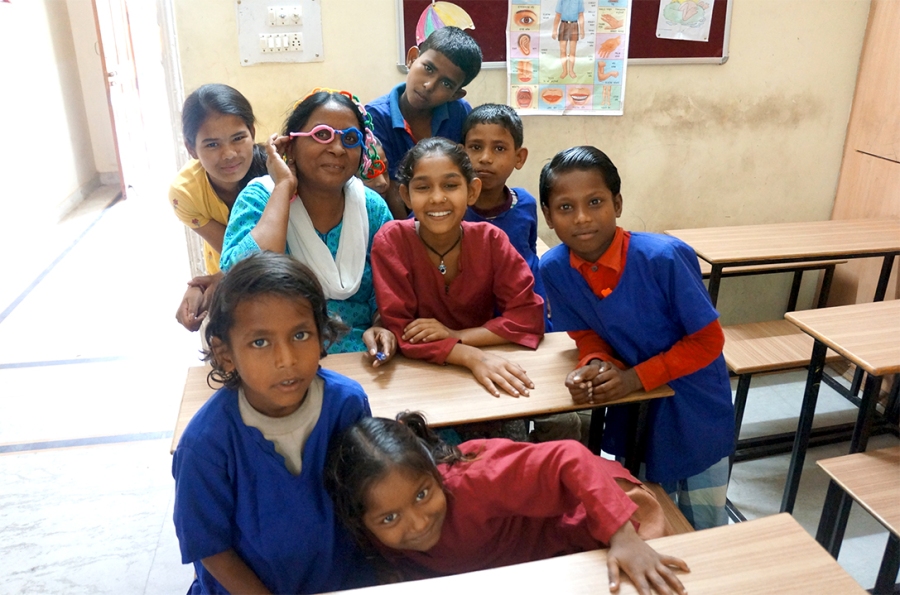 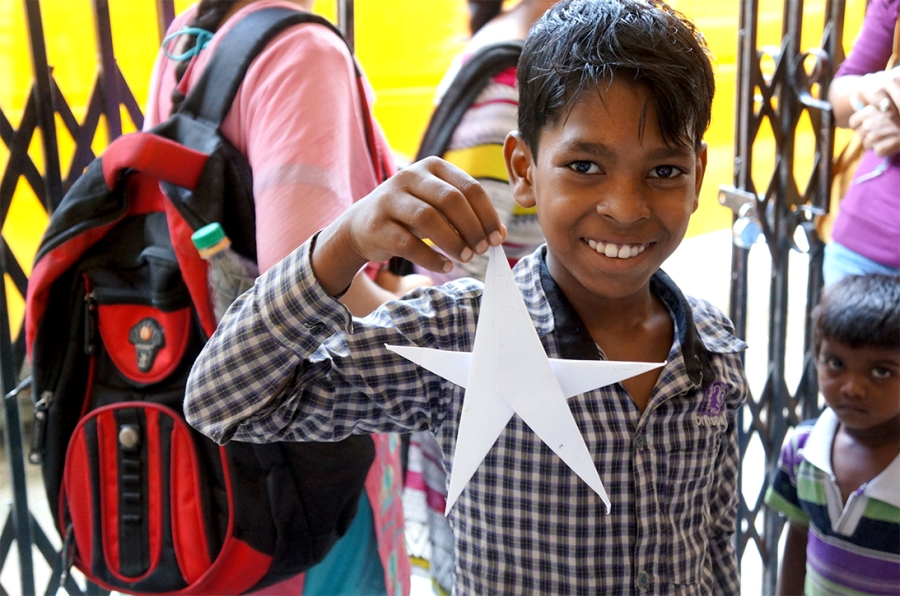 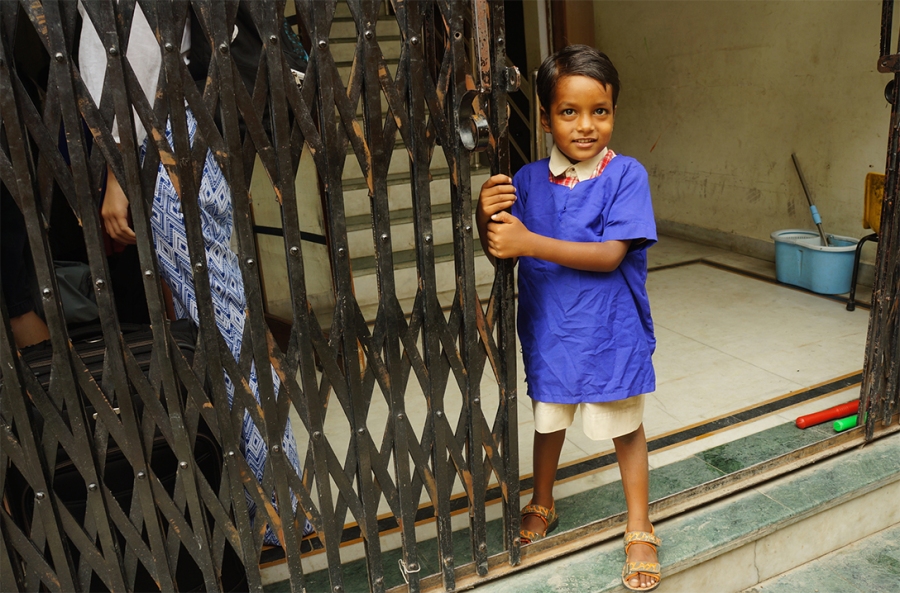 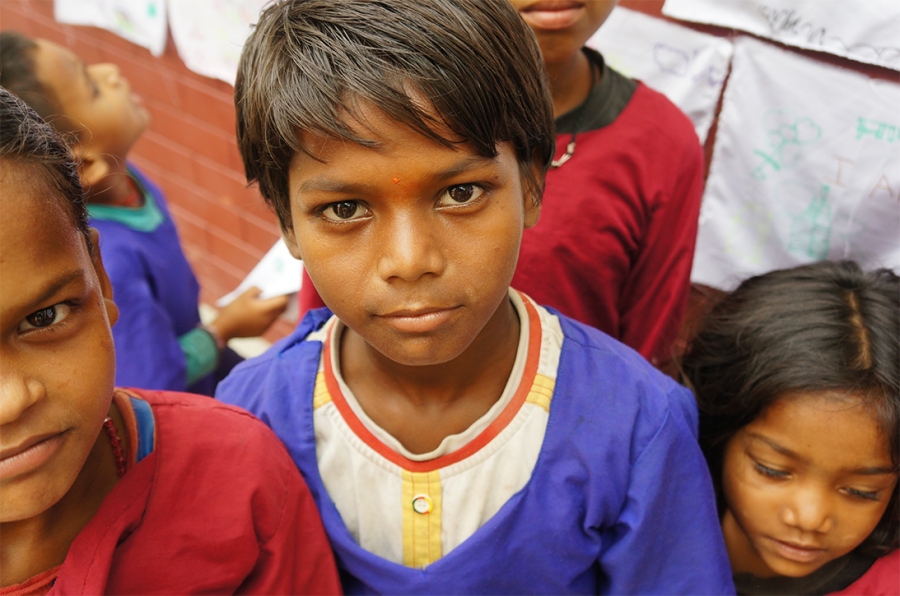 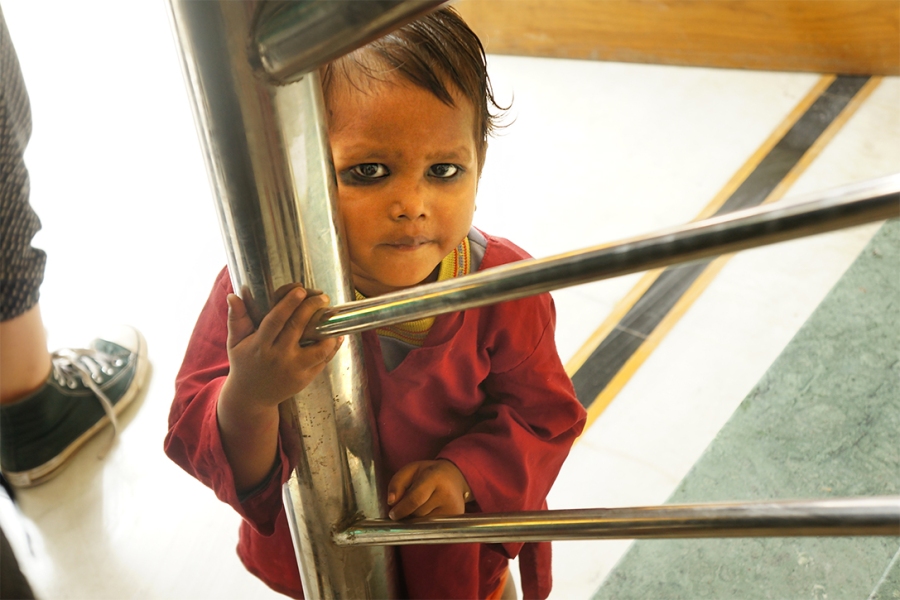 This child has a black eye shadow, it is commonly used in India for children from around 1-6 years old, believed to protect them from a bad spirit.

The doings of organizations like Khusi Hona and small help of people who desire to interact with these children, make the world a little better. The future for these kids perhaps will become a little brighter and will glow as those smiles on their happy faces.

2 thoughts on “Children from slum are going to school. Dehradun, India.”